—the story stays with you, unforgettable.

Cursed with the chains of a supernatural empath insight, Willow Haywood has learned to survive life, mostly on the defense. Her world shatters when a demon stars in a nightmare, then leaves behind a mark—a chain—as she wakes. The omen forces her family to reveal the fantasy hidden behind the reality of her life.

Willow learns beautifully dark secrets written in lore about her coming fate. The twilight of her youth has arrived—she has no choice but to flee to unknown dimensions. Mystery lurks in the magical mythology laid before her. Danger haunts the shadows. To survive the shock waves of her life she focuses on him—the angel who came to every dream, every night. The love of her soul, a mate for existence—a weapon for the Godly games stirring on the horizon. A war the zodiac predicted.

Willow Haywood is the Scorpio.

Nearly 500,000 copies rest in the hands of enthralled readers.
“This novel takes teen paranormal-fantasy to a new level.” Deidra Myer 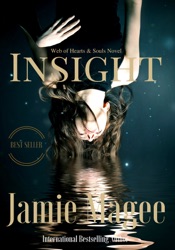