Kathy has been hired to assess the threat of patient Henry Banks, an inmate at the
Connecticut-Newlyn Hospital for the Criminally Insane, the same hospital where her brother is housed. Her employers believe that Henry has the ability to open doors to other dimensions with his mind—making him one of the most dangerous men in modern history. Because unbeknownst to Kathy, her clients are affiliated with certain government organizations that investigate people like Henry—and the potential to weaponize such abilities.

What Kathy comes to understand in interviewing Henry, and in her unavoidable run-ins with her brother, is that Henry can indeed use his mind to create “Tulpas”—worlds, people, and creatures so vivid they come to actual life. But now they want life outside of Henry. And they'll stop at nothing to complete their emancipation. It's up to Kathy—with her brother's help—to stop them, and if possible, to save Henry before the Tulpas take him over—and everything else around him.

Praise for the novels of Mary SanGiovanni

“A feast of both visceral and existential horror.” —F. Paul Wilson on Thrall

“Filled to the brim with mounting terror.” —Gary A. Braunbeck on The Hollower

“A fast-building, high-tension ride.” —James A. Moore on The Hollower 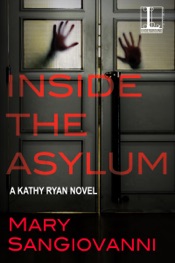