In 1831, Charles Darwin embarked on an expedition that, in his own words, determined my whole career. The Voyage of the Beagle chronicles his five-year journey around the world and especially the coastal waters of South America as a naturalist on the H.M.S. Beagle. While traveling through these unexplored countries collecting specimens, Darwin began to formulate the theories of evolution and natural selection realized in his master work, The Origin of Species. Travel memoir and scientific primer alike, The Voyage of the Beagle is a lively and accessible introduction to the mind of one of history's most influential thinkers. 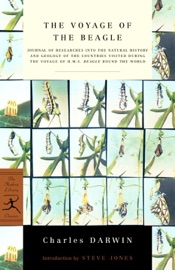