The hunt for Osama bin Laden preoccupied the world and two American presidential administrations for more than a decade. But in the end, it took a small, dedicated team of CIA operatives to track him down. Every aspect of their mission was shrouded in secrecy. Though some of the details have since been made public, many of the most significant parts of the intelligence operation—including the central role played by that team—are brought to the screen for the first time in a nuanced and gripping new film by the Oscar®-winning creative duo of Kathryn Bigelow and Mark Boal, starring Jessica Chastain, Jason Clarke, Joel Edgerton, Jennifer Ehle, Mark Strong, Kyle Chandler, and Edgar Ramirez. 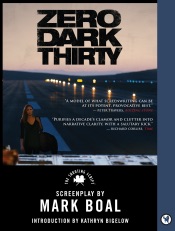