At the age of sixteen, Monica Seles crashed on to the world tennis scene by becoming the youngest winner in French Open History. For three years, she dominated the tennis circuit, racking up eight Grand Slam titles, winning three back-to-back French Open titles. At post-match conferences she charmed the media with her trademark giggle.

In January 1993, Seles defeated Steffi Graf in the Australian WomenÕ s Open and in April of that year, while playing a quarter-final in Hamburg, a boning knife was plunged between her shoulder blades by a Graff fan. Everything changed. The incident shocked the tennis world. SelesÕ injuries healed, but Seles did not. Now, in this compelling book she tells us in her own words what followed - years of seclusion, the fog of despair, binge eating, dealing with criticism about her weight from a brutal press, losing her fatherÐ coach to cancer and never regaining her dominance on court despite getting in to the top 10. After years battling to regain fitness and tennis glory, an excruciating injury forced Monica to take time off from tennis in 2003 and she embarked on her own journey. She abandoned the arduous workouts and punitive diets, and slowly uncovered the painful emotions behind years of tumultuous feelings. This is a human and inspiring story of determination, amazing talent and touching vulnerability, that Seles hopes will motivate and inspire others to find happiness in their own lives.

Monica Seles is a former No 1 professional tennis player who became the youngest-ever champion at the French Open in 1990 and went on to win nine Grand Slam singles titles. In 2007, she was appointed goodwill ambassador for the UNÕ s Global Sports for Peace and Development Initiative. 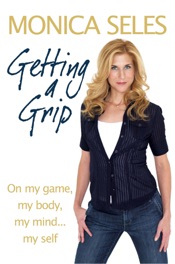