When Axe Cooper is murdered while picking up Chinese takeout, he’s pretty irritated about the loss of a good dinner, not to mention being dead. Not prepared to move on just yet, Axe decides to stick around and haunt his best friend Lily Chan while trying to figure out why anyone would kill a janitor. In the meantime, Axe is hired by The Ghost Post to track down recently deceased writers. As he learns more about his new phantom friends, Axe realises that his murder is not an isolated event and that if he doesn’t learn to fly like Superman, Lily could be next. 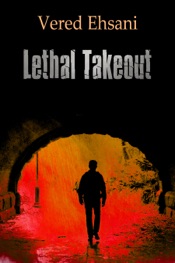